This beautiful location, where the Apalachicola River meets the Gulf of Mexico, has long been a place where people have gathered to enjoy the bounty of Mother Nature. Before the Spanish settlers, native Indians flourished. The name "Apalachicola" comes from the Apalachicoli Tribe and is a combination of Hitchoti Indian words "apalahchi," meaning "on the other side," and "okli," meaning "people". In the original reference to the settlement, it most likely meant "people on the other side of the river." Locals today deduce the meaning to "land of the friendly people" and often refer to their home affectionately as "Apalach."

Recognized when President Monroe appointed the first port collector in 1822, Apalachicola has long been a center for commerce, creativity and independent thinkers. A trading post called Cottonton was located on the current site of Apalachicola. In 1827, the town was incorporated as West Point. Apalachicola received its current name in 1831, by an Act of the Legislative Council of the Territory of Florida.

Before the development of railways in the Gulf states, Apalachicola was the third busiest port in the Gulf of Mexico (behind New Orleans and Mobile). The port brought wealth and a diverse population. The original city plan, laid with wide streets and squares, was modeled after Philadelphia and is still intact today. In the late 1800s and early 1900s, the sponge trade, led by Greek immigrants, was a major industry. After the turn of the 20th century, Apalachicola reinvented itself as the home to wealthy lumber barons. Seafood has always been a staple of life, and still today, the city boasts a working waterfront for a variety of seafood workers, including oyster harvesters and shrimpers.

It does not take long for you to know that you are not in another typical Florida town. It is a non-pretentious sensibility that is blended from strong New England roots, charming southern traditions and an authentic "Old Florida" laid-back attitude. The maritime influence is apparent throughout the community and the ties to the river, bay and Gulf are evident. It is a seafood town, more than 90% of Florida's oyster production is harvested from Apalachicola Bay. Many refer to Apalachicola as "Oystertown."

Although a rural area, the history as a major port has led to Apalachicola's rich cultural heritage. Historically progressive in diversity and well exposed to the world's influence, the community has been able to embrace a quality of life on its own terms.

As a fine example of Greek revival Architecture, Trinity Episcopal Church was incorporated by an Act of the Legislative Council of the Territory of Florida on Feb 11, 1837. The building was one of the earliest prefabricated buildings in America. The framework was shipped by schooner from New York and assembled in Apalachicola with wooden pegs. It is the oldest operating church in the state.

Famed American botanist, Alvin Wenthworth Chapman(1809–1899) settled in Apalachicola in 1847. In 1860, he published his major work, Flora of the Southern United States. The Florida State Parks operate the Chapman Botanical Garden which is named in his honor as part of Orman House Historic State Park.

In 1849, Apalachicola physician Dr. John Gorrie (1802–1855) discovered the cold-air process of refrigeration and patented an ice making machine in 1850, as the result of experiments to lower the temperatures of fever patients, laying the groundwork for modern refrigeration and air-conditioning. The city has a monument to him, and a replica of his ice machine is on display in John Gorrie Museum State Park.

Apalachicola has long been a haven for creative talent.  Whether folk artist, or highly trained actor; refined painter, writer, singer or dancer; the arts community thrives here! Artist studios are tucked behind houses and located in the second floors of the commercial spaces downtown. Shops and galleries specialize in the work produced by local artisans and most restaurants hang local art as part of the dining experience.

Most people know Apalachicola for its oysters, fresh shrimp and blue crab. But this little fishing town has long been a haven for creative folk. Today, the wonderful old commercial buildings, warehouses and historic homes are bustling with art galleries and artisan studios. Artists have found this place inspirational for quite some time.

Facing the riverfront, the Apalachicola Center for History, Culture and Art occupies one of three remaining 1840's shipping warehouses. The Center serves as the home to the Apalachicola School of Art and provides ongoing exhibits throughout the year. 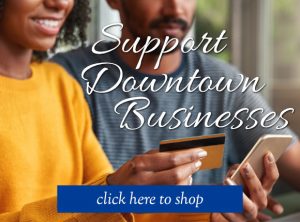 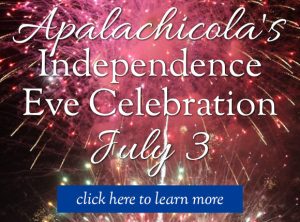 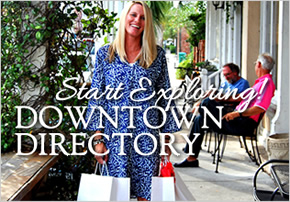 Bingo By the Bay