Often referred to as the Riverside Café building, this historic wood-frame structure at the corner of Avenue G and Water Street served as a popular meeting spot from the early 1920s until it closed in the mid 1940s.  The building features 14-foot ceilings, a diagonal corner entrance, front transom windows and a small cubbyhole at the back of the building which once served as the local bus station ticket office.

Previous to the café, records show the People’s Ice Company plant stood on the site. According to the Florida State Archives, the original structure was part of a larger commercial complex built between 1903 and 1909. S. E. Rice, Jr. leased the property and incorporated the People’s Ice and Cold Storage Company in 1907. That business closed in 1913.

The Nichols family purchased the property in 1914, and by 1920 the Riverside Café was erected. According to local lore, the current structure is actually part of the original wooden Chapman School.  When the new brick school was constructed in 1917 the wooden building was reportedly cut up and sold off.  Part of the building became a restaurant on 6th Street operated by Greek immigrant John Lavontas. The building was reportedly moved from 6th Street in 1920 to Water Street where it became the Riverside Café.

When people stopped traveling by train the Riverside Café found itself no longer at the center of life in Apalachicola.  After the café closed, the building was used for miscellaneous storage. Today, the building is undergoing extensive renovations by new owners who plan to bring new commercial life back into the historic structure.

For more information about Apalachicola history, please tour our other plaques throughout downtown, visit www.CityofApalachicola.com, the website of the Apalachicola Area Historical Society, and the State Library and Archives of Florida. Special thanks to Cindy Clark. 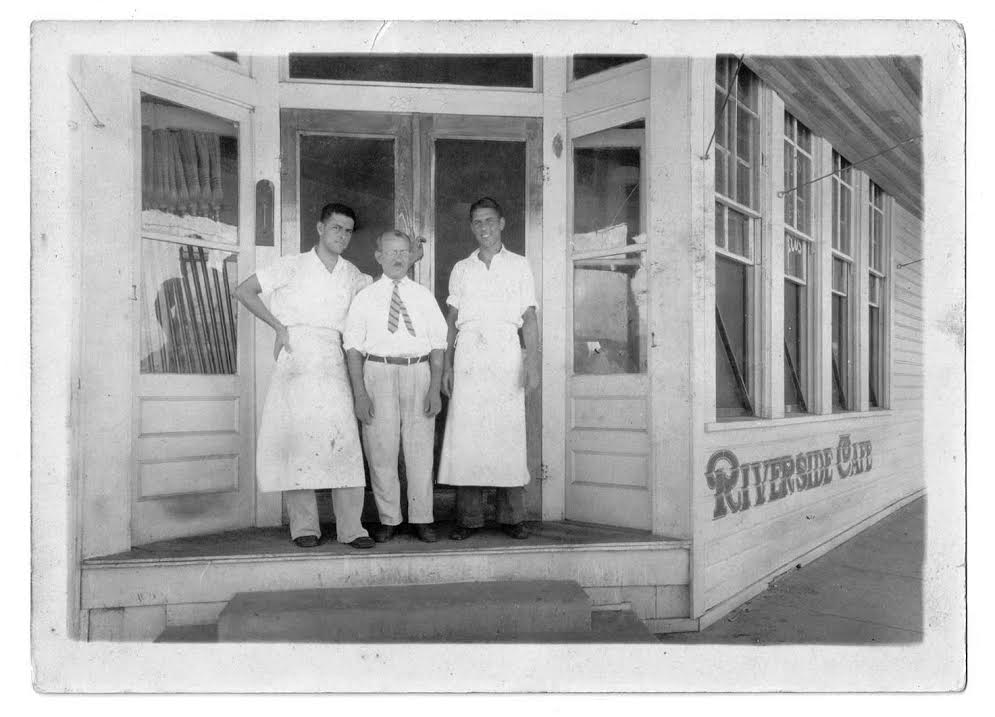